Primark is a fast-fashion, physical retailer with stores across the U.S., U.K., Ireland, and Europe. Despite Primark’s brick-and-mortar only business model, the brand was not optimizing their online campaigns for offline impact. This opened the door for a partnership with StitcherAds – resulting in a 4% incremental lift in revenue.

Primark needed a way to bridge the gap between online and offline. In-store sales account for 100% of the brand’s business. In addition, the Primark team saw the opportunity to elevate their campaigns with innovative targeting and creative strategies.

Despite being one of the fastest growing retailers in the U.S. and U.K., Primark did not have the necessary infrastructure for offline measurement. The brand was not collecting customer information at checkout — providing no way to match purchase data back to online activity. This meant they would need a custom solution for online-to-offline measurement and optimization.

StitcherAds worked with Primark to identify two stores within the U.K. with similar sales behavior: Liverpool and Newcastle. With the Newcastle location serving as a control, StitcherAds developed a creative and targeting strategy to reach shoppers within a 10-kilometer radius of the Liverpool store.

During the campaign, customers near the Newcastle location were not exposed to Facebook ads. Once the test was over, StitcherAds analyzed sales activity in the Liverpool and Newcastle stores to determine lift in revenue. 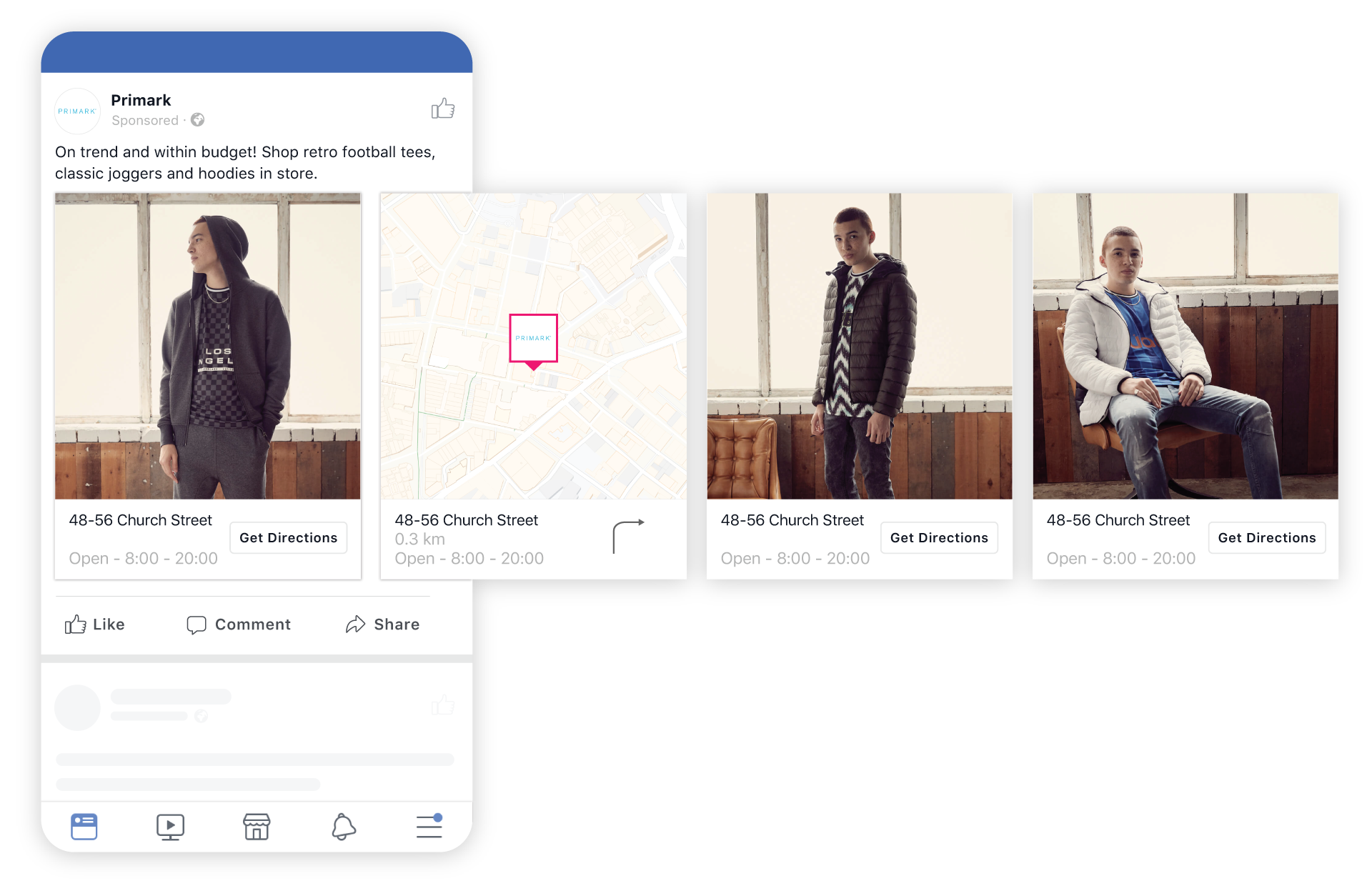 When compared to the control, Primark’s Liverpool location experienced a 4% incremental lift in revenue during the campaign and the week following. During a season when searches are historically on the rise, users searching for the Primark Liverpool store on Google decreased by 34% once the campaign ended – indicating the Facebook campaign encouraged customers to take action.

Customer interest in the brand steadily increased during the campaign, with 14% more new users to the Primark site coming from Liverpool, as well as a 64% increase in social referrals to the site from Liverpool users.

By deploying personalized, localized ads on Facebook, the Primark team was able to determine the value of the platform and justify its spend.